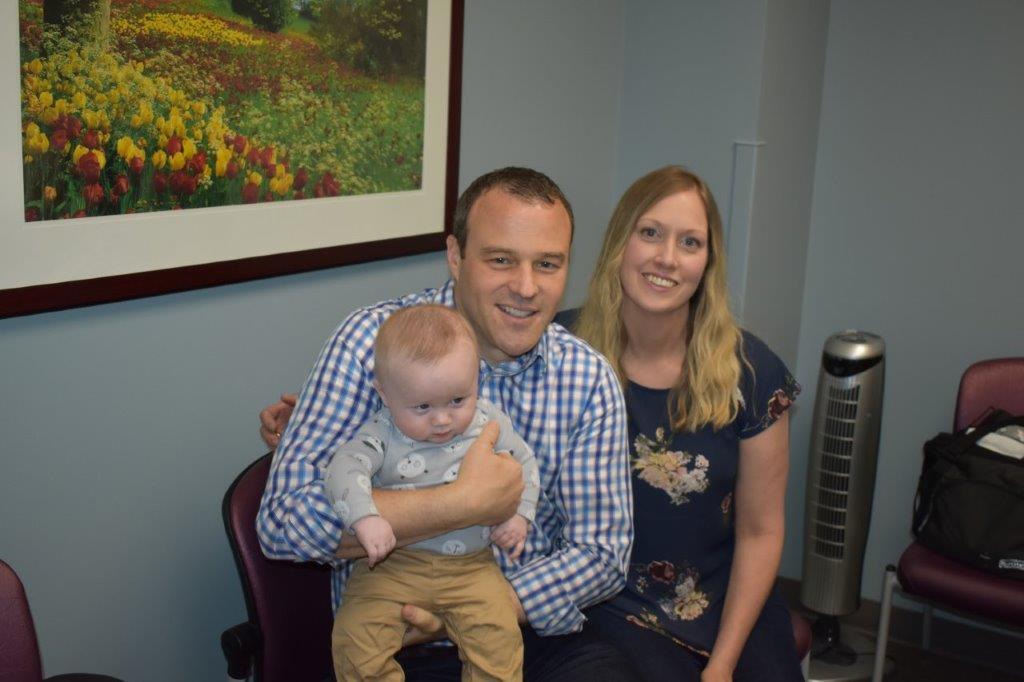 “I knew I was sick, but I didn’t want my girls to know how sick!” Amy said.

Amy wanted to have another child. She tried for several months to get pregnant. When she started to feel tenderness in her breast, she assumed that she was finally expecting. After visiting her physician, she discovered that not only was she not pregnant, but there was apparently no explanation for her symptoms.

A few months passed with no recognizable improvement in the abnormalities of her breast. She decided to seek further testing. The doctor scheduled an ultrasound for her. The reports indicated that she had calcification or extremely dense tissue in her left breast. These tests were followed by a scheduled biopsy.

The morning of the biopsy Amy was told she was pregnant. “That was not what I expected to hear that day. I was delighted to hear I was going to have another baby- a little shocked but excited!” Amy recalled later.

The biopsy was cancelled. However, Amy felt that there was still something not quite right. It was now June and she was about 13 weeks pregnant. Listening to her intuition, Amy made another appointment with the doctor, who reassured her it would be fine at this point in the pregnancy to schedule a biopsy.

The test came back positive for Invasive Ductal Carcinoma (IDC) and she was diagnosed with HER 2 positive breast cancer. The results were a shock, but Amy was glad that she had trusted herself and got the tests she needed.

She and her husband, Chad, gathered their girls to tell them that mom had cancer. The children expressed apprehension and fear, not only would their mom loose her beautiful blond hair, but people would see and know she was sick. An unfathomable reality they couldn’t comprehend.

Dr. Teresa Reading, Surgeon at IMC Hospital, performed Amy’s surgery. The tumours were surgically removed, followed by a mastectomy and reconstruction of her left breast at eighteen weeks pregnant. After a few weeks of recovery, Amy was sent to Utah Cancer Specialists for chemotherapy and Herceptin.

“Everything concerned me, but as any woman would be, I was concerned about hair loss,” Amy said. “I knew I was sick, but I didn’t want to look sick. Not only because I didn’t want people to know, but because I worried what the girls would think.”

Chad, a professor at BYU, who served as Amy’s primary caregiver, decided to do some research. He connected with Dr. Gregory Litton an oncologist at Utah Cancer Specialists. Dr. Litton explained that the UCS facility in Murray currently had the DigniCap cooling system. The most advanced Scalp cooling system available for patients seeking to minimize hair loss during treatment.

“The process was new to them-new in general,” Amy said. “They only had it for a few months, so we were learning together. This made me nervous, but they were trained, and Chad was a quick study.”

The DigniCap was fitted to her head and the information and instructions were sent to her before her first chemo treatment.

“Honestly, that first chemo treatment, I was so worried that I was going to be in pain from the cap that I didn’t even focus on the cancer treatment. My first chemo treatment also was my first experience using the DigniCap cooling system,” Amy said. “Of course, I was filled with anxiety – not because I thought chemo would be awful, but because I had read about cold cap and…assumed it was the same process as the existing cold caps, and it would be extremely cold and very painful.” Amy continued: “It was surprisingly tolerable. I had worked myself up for nothing!”

Dr. Litton monitored her progress during the chemotherapy and Herceptin treatments that were   coupled with the scalp cooling treatments. By the second round of treatment, he remarked how pleased he was to that Amy was keeping her hair.

“I was glad to see that it was successful,” Amy said.

Amy is now cancer free and has added a boy, Jacob (born in late December of 2018), to the Jensen family brood. 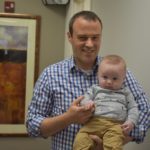 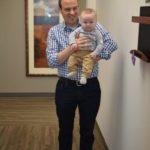 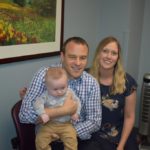 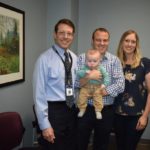 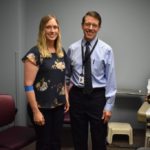 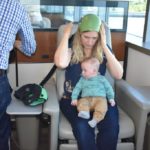 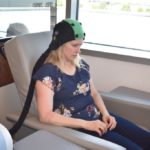 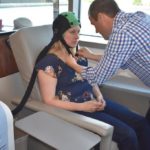